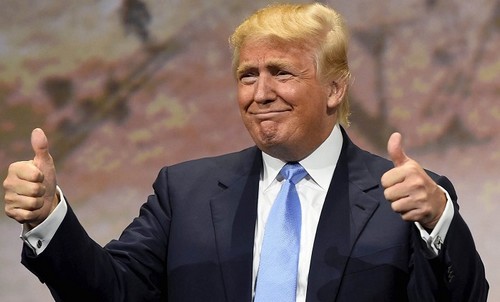 The waitlist continues to grow for President Trump’s Truth Social app. The app, which Trump created to compete with Twitter, has 1.2 million people waiting to be let onto the app. Conservatives have long complained about being censored on social media and were left with few competitors to flee to. The final straw for many came after Twitter banned President Trump following the events of Jan. 6.

The Truth Social app is said to look like Twitter and is expected to attract a large user base who are excited to flee Twitter to a social media app that won’t censor their opinions.

The Trump-backed app is expected to generate revenue from advertising, in-app purchases, and other channels.

Reuters reports that it will have a trending topic area and allow people to follow each other. However, instead of hitting “tweet” when sending a statement, users will press “truth.”

Source: Over 1 million people are waitlisted on Trump’s Truth Social app due to high demand

This is the Twitter killer. If you are in you will find me @DavidDaniels.